Museum in the Streets

MUSEUM IN THE STREETS 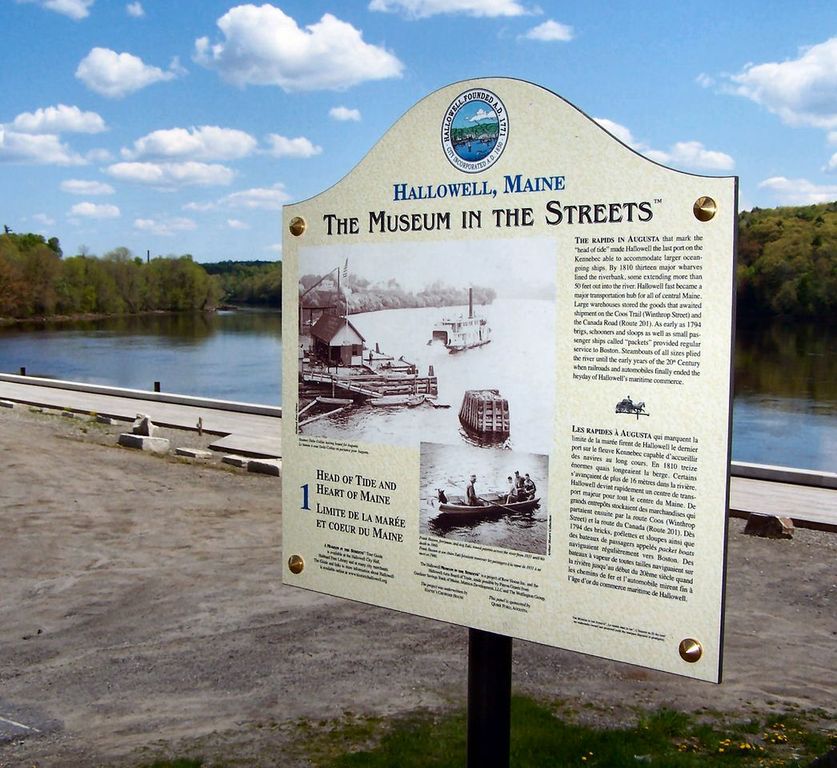 The rapids in Augusta that mark the “head of tide” made Hallowell the last port on the Kennebec able to accommodate larger ocean-going ships. By 1810 thirteen major wharves lined the riverbank, some extending more than 50 feet out into the river. Hallowell fast became a major transportation hub for all of central Maine. Large warehouses stored the goods that awaited shipment on the Coos Trail (Winthrop Street) and the Canada Road (Route 201). As early as 1794 brigs, schooners and sloops as well as small passenger ships called “packets” provided regular service to Boston. Steamboats of all sizes plied the river until the early years of the 20th Century when railroads and automobiles finally ended the heyday of Hallowell’s maritime commerce.

The Hallowell Museum in the Streets is a project of Row House Inc. and the Hallowell Area Board of Trade, made possible by Patron Grants from Gardiner Savings Bank of Maine, Mattson Development, LLC and The Wolfington Auto Group.

The project was underwritten by Hattie’s Chowder House.